Creative Doodling and Hand-Lettering for Beginners 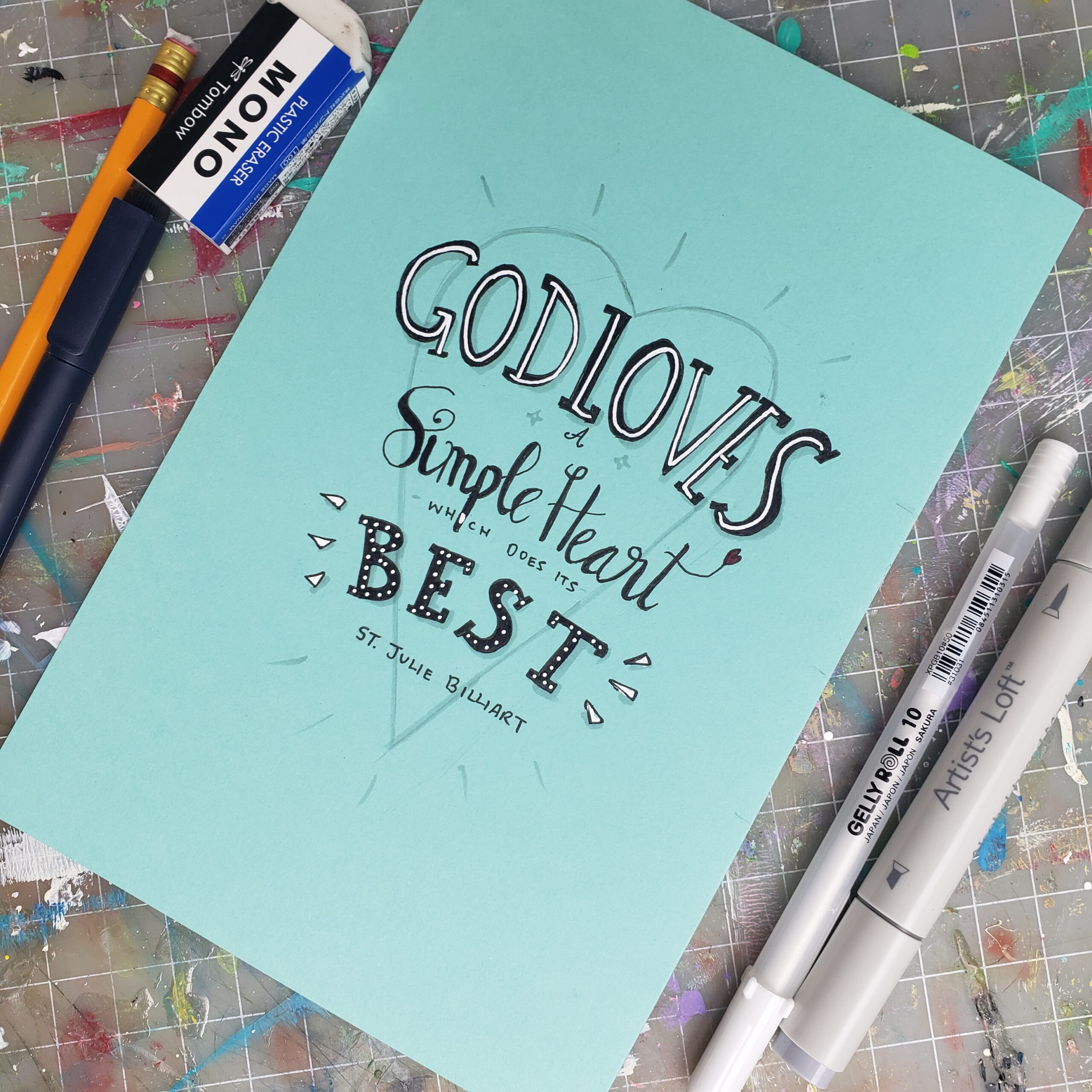 I’ve decided to get into hand lettering. My art journaling has stalled out, and I want to try something other than the mixed media look. Most of my journaling focuses on the words anyway, so this seems like a good option to try! Plus, it’s a little more portable and easier to pick up/put down with a baby around.

I looked for a few online courses to get into it—I know there’s plenty on YouTube but it’s nice to have a course to follow—and found a few on Domestika. “Creative Doodling and Hand-Lettering for Beginners” by Grace Frosen was a cute lil course that went over both lettering and doodling by making postcards.

I took the planning and transferring technique I learned from the Wondrium course to do this one. I don’t love how I handled the smaller text, in particular the white “i” against the black tail of the “p.” But I like the dots and ~flair~ on the “best.”

Originally I tried to make the words fit very precisely into a heart shape but it wasn’t working. I went with a looser feeling—the words have a slight taper—and let the heart be in the background.

Since these projects were supposed to be postcards, I tried to make one that I would actually send to somebody. My friend is into horses so I made one for her; it made it pretty easy to come up with things to draw because I just kept thinking of all the various items associated with horses.

One thing I learned in this course was to fill up the empty space in the design with dots and sparkles/stars—a very simple thing but one I had never thought of. It does really make the thing feel more complete!

The final project was to combine lettering and doodles. I tried again to make a postcard for a friend and picked one who is into birds. I discovered that there aren’t very many good quotes about birds, so I ended up with this Hafez poem that didn’t seem to lend itself to cute doodles.

I went through MANY iterations and tried to abandon ship several times…but I knew I was just avoiding the discomfort of being bad at something new by project hopping, so I forced myself to finish.

The spacing between letters/words is all messed up and I wish I had made the angle on the letters more severe so it really looked like they were getting pulled into the darkness. But, I like the water color seeping effect and the heavy font vs. light/script font to bring out the contrast in the question and the answer.